INQUA's life-blood is its National, Regional and Associate Members, who represent scientific communities throughout the Americas and from Australasia to Europe.

A National Member is a country that pays membership fees to INQUA and is entitled to send one voting Delegate and one Observer to INQUA International Council Meetings.

A Regional Member is a group of countries that pays INQUA membership fees and is accorded the same rights as a National Member.

Membership in any country or geographic region may be assumed by any one of the following bodies - the National Academy, the National Research Council, a similar institution, or, in lieu of a national association, an association or group of scientific institutions or societies.
After admission, each Member forms a National or Regional INQUA Committee to represent it in the affairs of the Union. Each Member appoints one delegate to the International Council of the Union, where the Group Delegate has the right to vote, provided the current subscription of the Group Member has been received by the Treasurer.

To Become a Member

Applications for national, regional and associate membership is made by by writing via the appropriate national or regional body to the INQUA Secretary General to initiate the application procedure.

Individuals may not become INQUA Members, and should rather join INQUA Commissions that interest them as Corresponding Members.

Below is a list of national and regional members, and contact details for respective national representatives, listed alphabetically by country. If your country's information is not correct please email the INQUA Secretary General. 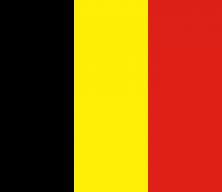 Department Of Geology, Institute Of Ecology And Earth Sciences, University Of Tartu, Ravila 14A, 50411 Tartu, Estonia