INQUA is a member of the International Science Council (ISC) which formed in 2017 with the merger of the International Council for Science (ICSU) and the International Social Science Council (ISSC). In early July, I represented INQUA as chair of a GeoUnions meeting hosted by Nicolas Paparoditis, director of research labs of MATIS (French Mapping Agency - IGN) in St-Mandé, Paris. INQUA is one of nine scientific unions with shared interests in the earth and its position in space. Research fields include astronomy, cartography, geology, geophysics, geography, geodesy, radio sciences, remote sensing, and soil sciences.  The meeting was held in conjunction with ISC, the parent organization, to discuss issues of shared interest. At the meeting we reviewed the credentials of nominees for the new ICS governing board and also discussed possible ways in which we could collaborate on proposals to address selected UN Sustainable Development Goals (SDGs). 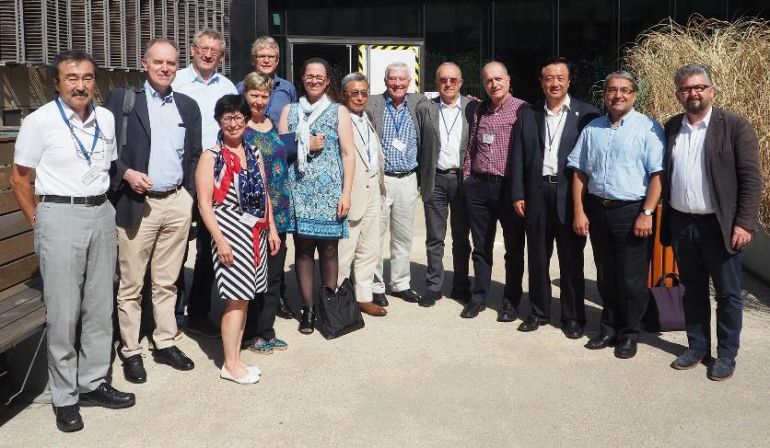 Participants in the GeoUnions meeting in Paris from left to right: Ando Makoto (URSI), William Cavazza (IUGS), Rainer Horn (IUSS), Lena Halounova (ISPRS-cochair), Nathalie Lemarchand (IGU), Menno-Jan Kraak (ICA), Melody Burkins (NAS), Yukio Himiyama (IGU), Allan Ashworth (INQUA), Orhan Altan (ICSU), Michael Sideris (IUGG), Quiming Cheng (IUGS), Alik Ismail-Zadeh (IUGG – Secretary of ISC), Nicolas Paparoditis (ISPRS – host). Piero Benvenuti (IAU), Theresa Lago (IAU).
The founding general assembly for ISC was held in Paris on 3-5 July, at the Maison des Océans. In attendance were delegates from 40 international scientific unions as well representatives from national academies of sciences and research councils (Fig. 5). The meeting was lively with discussion on several membership and governance issues. A governing board and a new president and president-elect were elected. The new president is Daya Reddy (South Africa – computational mechanics) and the president-elect Peter Gluckman (New Zealand – physiology). There was a strong slate of geoscientists and environmental scientists running for various positions and the outcome was that four of the ten positions on the new governing board have backgrounds in Quaternary-related sciences; Geoffrey Boulton (UK) is a glacial geologist, Melody Burkins (USA) has a background in Quaternary science, Martin Visbeck (Germany) is an Oceanographer, and Anna Davis (Ireland) is an environmental scientist. Additionally, the new Secretary for ICS is Alik Ismael-Zadeh (Germany), a theoretical geophysicist and former chair of the GeoUnions.
ISC, representing the physical, biological, and social sciences, has the potential to become a strong spokesman for science to organizations like the United Nations. In its own words it will focus on: (1) Science-for-policy to stimulate and support international scientific research and scholarship, and to communicate science that is relevant to international policy issues; (2) Policy-for-science to promote developments that enable science to contribute more effectively to major issues in the international public domain; (3) Scientific freedom and responsibility to defend the free and responsible practice of science.

"The Italian Association for Quaternary Studies (AIQUA) organizes a webinar series "All roads lead to Rome 2023" in preparation to INQUA Rome2023. 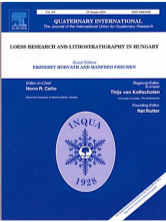