In the November issue of “The Spotlight” we highlight the paper by Stapana Kongsen and co-authors, entitled “Multi-proxy approach to identify the origin of high energy coastal deposits from Laem Son National Park, Andaman Sea of Thailand”.

High energy storms and tsunami events may produce significant destruction in coastal regions; understanding the frequency of such events is crucial for land planning and the enforcement of mitigation measures. In this paper, a flight of techniques is used to identify and date sediments related to high energy storms and tsunamis. Ten sediment cores on a beach ridge and three shore-perpendicular transects have been realized in the northern part of Lam Son National Park, Ranong Province (Thailand; Figure1). 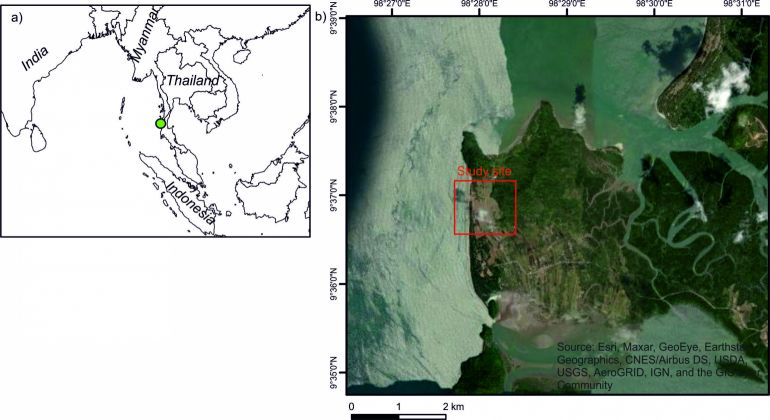 Figure 1: a) Location of the study area at Laem Son National Park, Ranong Province, southern Thailand; b) close-up view of the study site.

The stratigraphy was carefully described, to derive correlations among the ten cores; physical parameters, grain size, organic and carbonate content were analyzed in the field and in the laboratory. High energy deposits are clearly discernible in the stratigraphy based on their peculiar signature, namely grading in grain size, mud rip-up clasts, sharp contacts and fragmented shell debris.

Dating of the sediments is obtained using the Optically Stimulated luminescence (OSL) method, showing that the two most prominent deposits can be attributed to the 2004 Indian Ocean tsunami, and to an older event occurred around 340 ± 20 years ago. 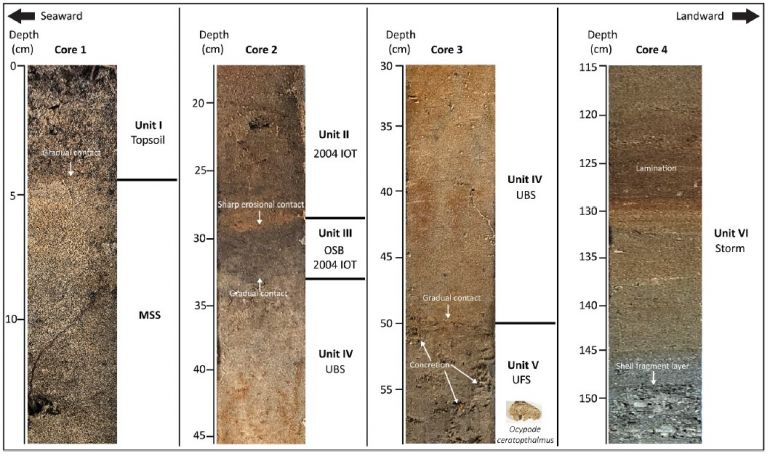 The Andaman Sea coast of Thailand is particularly vulnerable to tsunamis and strong storms, as tragically demonstrated by the 2004 Indian Ocean Tsunami. Coastal communities are facing multiple threats, related either to natural phenomena, or to anthropogenic activities. Coastal regions are often highly vulnerable and host significant assets and economical value. Understanding the past history of strong events that left an imprint in the stratigraphy may help the local authorities and communities in mitigating the effects of future tsunamis or high energy storms.