Posted by Francesca Ferrario in ECR News on 14 Sep 2021

The Spotlight is an INQUA multi-year project aimed at highlighting papers published in Quaternary International – the official INQUA Journal – by researchers in their early career (i.e., 8 years after their last degree) and/or from developing countries (see here the list).
This is the first post of the Spotlight project, dealing with the paper by Sambit Prasanajit Naik and coauthors, entitled “Intensity estimation for the 2001 Bhuj earthquake, India on ESI-07 scale and comparison with historical 16th June 1819 Allah Bund earthquake: A test of ESI-07 application for intraplate earthquakes”.

Earthquakes are among the most devastating natural hazards and can produce effects on humans, the built environment and the natural environment. The latter is at the core of the Environmental Seismic Intensity (ESI-07) scale, which is an intensity scale exclusively based on effects on nature. The ESI-07 scale was developed under the INQUA umbrella and was ratified at the 2007 INQUA Congress in Cairns. The research by Naik et al. complied and analyzed the environmental effects of 2001 Bhuj earthquake, India (Mw 7.7; 23.40°N, 70.28°E) and assigned the ESI-07 intensity to 130 localities. The authors also analyzed the 1819 Allah Bund earthquake and its ground effects, towards checking the reliability of ESI-07 scale for both recent and historical earthquakes within a same geological corridor. Intensity assessed through the ESI-07 scale is one-two degree higher than intensity estimated by means of traditional scales (e.g., MM – Modified Mercalli), which are mainly based on damage on the built environment. The study highlights that ESI epicentral intensity, as well as local intensity, can be estimated based on the characteristics and areal distribution of secondary effects even if the surface rupture is absent or more localized. 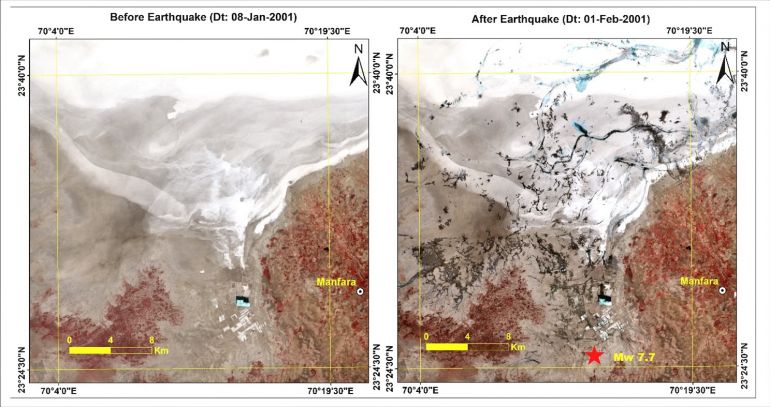 Figure 1: Landsat-7 data showing before and after earthquake image around epicenter, which shows significant liquefaction occurred as a result of the earthquake. 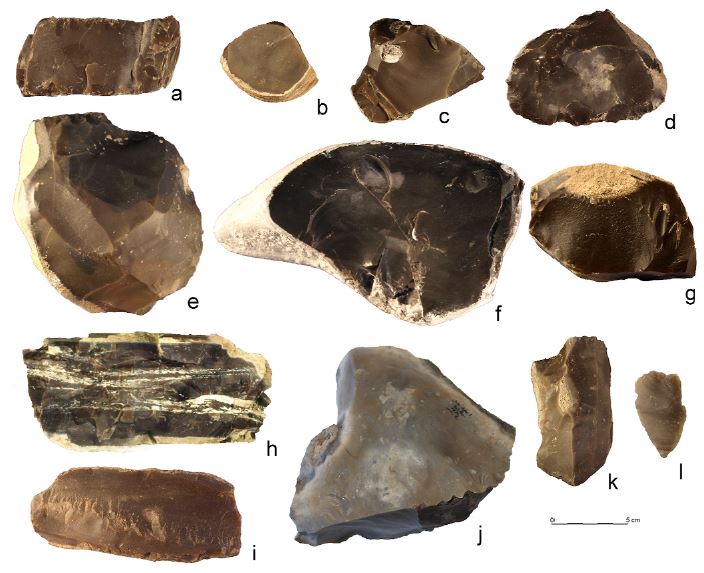 Strong earthquakes have a devastating impact and may affect a large amount of people. Our societies are increasingly at risk from natural hazards, especially in highly populated regions. Figure 3 shows the location of the 2001 Bhuj and 1819 Allah Bund earthquakes, in the context of regional population density. The results obtained by Naik and coauthors testify the role of earthquake environmental effects in gaining a more complete picture of earthquake damage which, in turn, is paramount for seismic risk assessment and land planning. 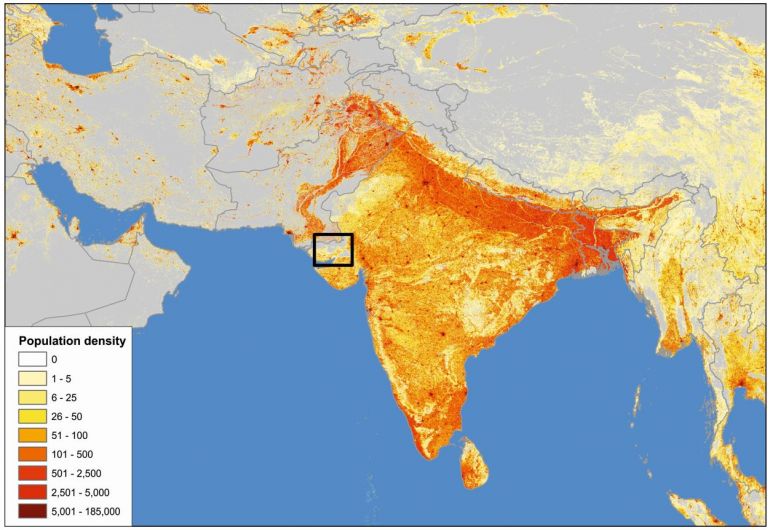 Sambit is co-leader of the EDITH - Earthquake Deformation to SHA Project, awarded by INQUA under the TERPRO Commission. The project seeks to gain a better understanding of the earthquake cycle with the final aim to provide constraints to future new SHA geologically-based models. More about EDITH Project can be found here.

Recently Sambit is also co-lead a project NamiLinks awarded by INQUA under CMP Commissions. The project aims to develop an online data for Tsunami, storm deposits and forming a strong network of teams working on paleo tsunami and provide composite database for tsunami modeling to predict the tsunami hazards.More information on Sambit’s research can be found here.