Posted by Francesca Ferrario in ECR News on 06 Dec 2021

The Quaternary International paper highlighted today brings us to NW Siberia, where Lilit Pogosyan and co-authors analyzed a sequence of soil horizons to unravel the local environmental evolution.

The paper, entitled “Polygenesis of loamy soils in North-West Siberia in the context of environmental history of the Eurasian Artic region during the Late Quaternary”, can be found here

Geological records such as paleosol sequences are a powerful tool to document environmental changes occurred in the past. This study analyzes a sequence of loamy soils developed at the boundary between northern taiga and tundra in the area of Nadym town (Figure 1), to answer the following questions:

-        Which are the processes responsible for soil development?

-        Which are the different stages of pedogenesis and how they relate to the climatic and landscape changes? 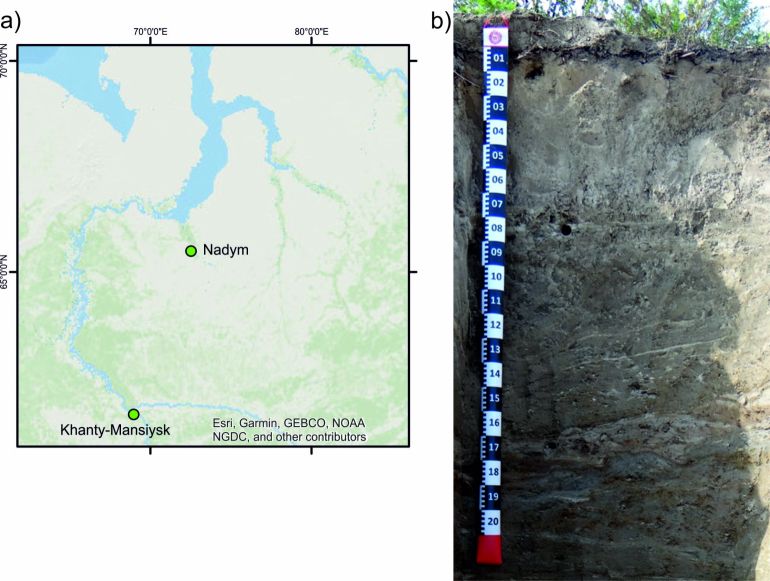 Figure 1: a) location of the study area, Google Earth imagery; b) photo of one of the studied profiles.

Five soil profiles were described from the macro- to the micro-scale through field description and thin sections. Clay mineralogy and magnetic susceptibility were investigated as well. Peculiar cryogenic microstructures were identified for each soil horizon (Figure 2), shedding light on the causative processes.

The variation of the soil characteristics with depth allows to identify different stages of soil genesis on a time scale of tens of thousands of years. These stages reflect the alternation of colder and warmer periods.

This study demonstrates the importance of “soil memory”: pedogenic features provide information for reconstructing the environmental history of the study region; for instance, the extent of Late Quaternary ice sheets in area it is still under discussion.

Lilit Pogosyan has recently finished her PhD at the Institute of Geology, National Autonomous University of Mexico. Currently she is in process of admission as a senior researcher at the Center for Isotope Biogeochemistry, Tyumen State University. She actively participates in INQUA activities, being a member of TERPRO Paleopedology Working Group and a member of the INQUA Peribaltic Working Group. Also, she is an officer of the Early Career Researchers Committee of INQUA Peribaltic Working Group.