Posted by Francesca Ferrario in ECR News on 17 Oct 2022

This time we move to Lake Ohrid, highlighting the paper by Zaova and co-authors, entitled “Diatom community responses to environmental change in Lake Ohrid (Balkan Peninsula) during the mid-Pleistocene Transition”. Paper is accessible here.

The research – 50 shades of Cyclotella

Dramatic climatic shifts affected the so-called “mid-Pleistocene Transition” (MPT) period, occurred between ca. 1.200.000 and 720.000 years ago. The length of glacial cycles progressively increased from 41 to 100 ka, causing substantial changes on the biotic systems. This research is one of the first to document such changes in freshwater diatom communities, by analyzing a sediment core collected from Lake Ohrid, in the Balkan Peninsula (Figure 1). 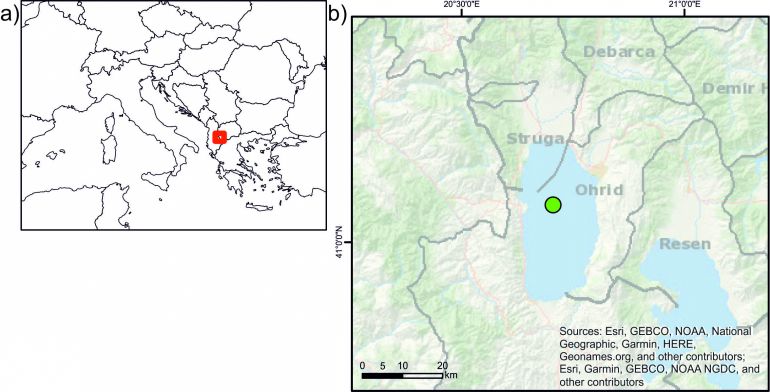 Figure 1: a) Red square marks the location of Lake Ohrid, at the core of the Balkan Peninsula; b) location of the sediment core analyzed in this study.

Over 100 sediment samples were retrieved and the diatom species and content were determined under the microscope. In total, 147 species and morphotypes were identified. High intraspecific morphological variability was observed within species of the genus Cyclotella. The morphological traits used for identification are valve diameter, valve shape, shape of the central area, stria density, position of rimoportulae, valve ornamentations and valve face undulation (Figure 2).

Diatom and paleoenvironmental data are used to assess the modification occurred through time and the main driving factors (Figure 3). A first diatom community is recognized in the layers dated at 1050-955 ka BP (MIS – Marine Isotope Stages 30-25); this community is influenced mainly by local conditions such as nutrient supply, water mixing and primary productivity. A second community is instead documented between 955 and 815 ka BP (MIS 25-21) and is again influenced by local factors; in particular, a deepening of the lake and changes in mixing processes are considered to be responsible for the changes in the diatom species.

Investigating abrupt climatic transitions of the past provides paramount data for better addressing present-day challenges. Indeed, understanding the adaptation of the different biological communities to past climatic forcing helps us in forecasting the changes the same communities will face in the future. The research presented here shows that diatoms were weakly affected by the climate worsening occurred during the MPT; on the contrary, the local environmental conditions had a prominent role and are a key factor in the evolution of the relative abundance of diatom species.

Dušica Zaova is a yоung researcher and Ph.D. Student at the Faculty of Natural Sciences and Mathematics at Ss. Cyril and Methodius University in Skopje-North Macedonia. Her research is mainly related to micro and macroevolutionary processes of diatoms from ancient lakes i.e. Lake Ohrid, over very long temporal scales. Of her interest are also climate changes over the Quaternary period and their influences on diatom communities.  Contact email: zaovadATpmf.ukim.mk 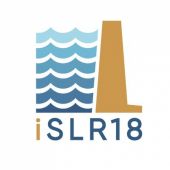 INQUA-PAGES ECR conference: Impacts of sea-level rise from past to future (iSLR18)

DEADLINE EXTENDED: 1 May 2018!. INQUA and PAGES will conduct a four-day conference for early-career researchers, titled "Impacts of sea-level rise from past to future (iSLR18)", in Utrecht, The Netherlands, from 26-29 August 2018.